Blog
You are here: Home / Blog / Marketing for Photographers / SEO for Images using Robin on Ivy 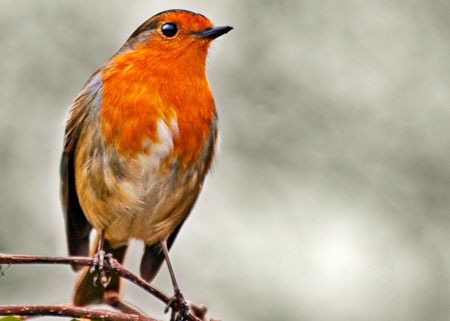 This post started as a little experiment in SEO for images, it’s ended up more of a post about illegal image use, but you’ll understand the purpose of it by the end, I think!. Using this image of a robin in my garden, as it’s nearly Christmas), I have optimised the title, filename and content of the post  to include the words Robin on Ivy in an attempt to get it ranked high in Google search results for the query “Robin on Ivy”.  For the purpose of this exercise you will need to search including the speach marks otherwise you’ll end up with images about batman rather then garden birds!

Click this image to buy prints or downloads, cards are available on redbubble

I started by searching for the search term “Robin on Ivy” and noticed some rather alarming things.

This is an image that I uploaded to istock images some years ago whilst dabbling in stock images. I only sold a few and my credits were not enough to get paid when they switched systems, so I lost all my credit!

Since then Getty bought iStock and has also changed the way they do business with third party suppliers. To my surprise, the second highest position for my image is from a site called photots.com (the first being my image on redbubble where I have sold a few cards) .

So now, simply from uploading to iStock, the image is now being sold by Getty and Photos.com. I’m not sure I’m happy about that, so after this experiment is over I will delete my iStock account and will update you on how long it takes to get my image down form the other sites.

There is no simple way to delete an iStock account so be wary, I’ve just emailed them using their form, agin I’ll probably write about this later. Even deactivating images is a struggle, I cannot find the answers on the web so if anyone knows how to do this please let me know in the comments.

The other surprise is that MacMillan, the charity, are using my image as an ecard that you pay to send. Now I support this charity so I wouldn’t mind donating the image, but obviously it has either been used by the charity illegally by not crediting me for the image, or they bought it and I did not get paid by the stock agency. I’ll contact them and let you know the outcome.

It’s a double edged sword the internet. Without it, people like me would struggle, if not find it impossible to get noticed, particularly internationally. I know I have to accept that my images, once uploaded will be pasted up all over the place, most of the time ignoring the terms of the non-commercial, no derivative copyright terms on my flickr images.

I tell people this all the time, accept it, it’s a waste of time worrying about the inevitable. I get so many links and credits form using this form of licensing on my images, it has to outweigh the annoyance of seeing my work used and not credited. If I didn’t share my work online, nobody would know me, its a fact we all need to come to terms with.

How to search google for you images using flickr

A good way to find out if your images are being used without credit, or for commercial purposes, is to right click a copy of your image where it has been embedded on a webpage. If using flickr you will have to select “view all image sizes” for this to work (see image right).

Using Google as your search engine, right click the image and select the option “Search Google for this image”.

You will then get a list of all the webpages that Google can find with your images on them. You’ll see that the highest ranking images will be on those sites that have the highest authority on Google.

Using the image above, you’ll see that the Huffington post used my image last year and credited me correctly for a non commercial use, as did Tripfeet, the first result.

As we look further down the list you can see sites like aswetravel and worldtravels who have clearly not used the image under the terms of the license. Now when you find this happening, you have several options:

I usually ignore them as chasing them is not cost effective, or if it is a good site i will politely ask for a link (great for SEO), but there is one I will follow up today and that is Astronomy.com. They are clearly a commercial business and although they have credited me, which is more than the previous ones I mentioned, I do feel that they should pay a small fee for using the image to advertise their tours. I’ll let you know the result.

Back to garden birds – the Robin on Ivy experiment. Showing you how to get ranked in Google image search is the purpose of this post and exercise!

Now we will see how soon and how high it ranks. If I was using this to sell the image of course I should also add a link so that people can buy the Robin on Ivy image.

Using Back Lighting Creatively in Photography 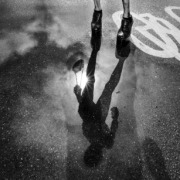 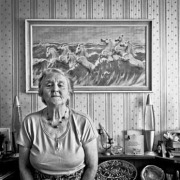 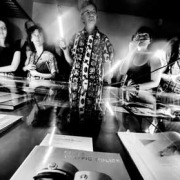 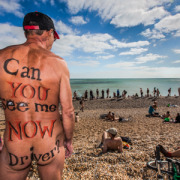 Marketing for photography in a social revolution
0 replies

Want to join the discussion?
Feel free to contribute!

This site uses Akismet to reduce spam. Learn how your comment data is processed.

Photography, the Internet, Writing, Social Media and Me
Scroll to top