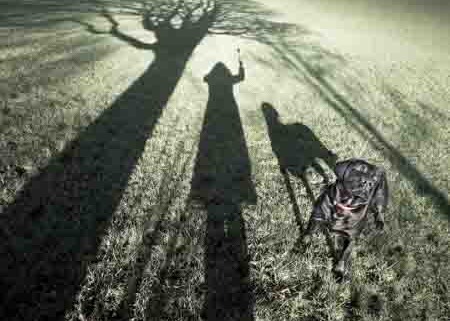 This Competition caught my eye – Capture the Colour. At first it seemed like hard work to enter. You have to write a blog post with your 5 colour themed entries in. You need to  nominate and link to 5 photographers whom you think might like to participate, and there has to be a link to the competition on your post. Finally you have to tweet or FB message the sponsors – travelsupermarket to let them know you have entered.

I thought about the images that sprang to mind for each colour and decided to have a go, after all it’s good to keep you blog fresh.

The process made me think about what a good example of social marketing this competition is. You do not have to mention travelsupermarket to enter, just link to their competition – it’s subtle, it’s engaging at the same time as encouraging participants to share. In terms of SEO these are good gains – lots of links, engagement and lots of shares. Note to self: will have to start working on something similar!

For those who don’t know me, I’ve been using SEO, Social Media and Content Marketing for Silicon Beach Training for well over a decade, as well as being a photographer, and soon I’m going to put all of it together in a book on marketing for photographers so keep posted. I don’t keep my photography blog up to date nearly as often as I should, but I do check my Social Media accounts regularly.

When I put this up on Flickr and Facebook I was surprised at how many people mentioned that they knew him or had taken his picture. His name is Mick and apparently he is quite well known around the Brick Lane area, London.

I agonised over weather to put this one in for Blue or not. I have much bluer pictures, but if you asked me what was the most predominant colour in this picture, I would say blue. The blue hat, the blue sky, the light is quite hard and blue and there is a bluish tinge to the stones. Even the dogs lead is blue! I also like the orange/yellow/brown tones that compliment the blue and the absence of green and red.

This is one of my most favourite images ever. I was lying on the ground taking pictures of the dog when the nun just flashed into the frame for a second. I shuffled back to get her in the frame and just had a split second to grab the shot before she moved out of the frame. It’s was a classic “I can’t believe that just happened in front of my lens” moment. Mind you, you have to spend much of your holiday rolling around in the gutter with a camera stuck to your face for these things to just happen!

The museum attendant at the National Museum of Rome was an interesting looking woman, she was standing talking to two other security personal. I really wanted to take her image but in the quiet atmosphere of the white marble clad museum, I wasn’t as usually uninhibited about just going up and asking. I didn’t want to make a fuss or a noise so I just walked past and through the door.

When I glanced back thinking “I wished I’d asked that woman!”, she had sat down in the doorway and bingo – I had my image. I think it was fate the way the shape of the exhibit echos the curve of her legs and boots. Possibly the sexiest image I have ever taken.

This is New years Day 2012 with friends in Spain, just walking around Puerto Banus, I noticed the Louis Vuitton window. After our meal I insisted we went back so that I could wait for the right moment to capture the image I could visualise. I love the heat of this image.

I usually carry a camera when I’m out with the dog. The great, long, soft tree shadows were too good to pass by. My shadow, by necessity, had to be in the image to get this effect with a wide angle lens, the tricky bit was getting the dog to stay still enough in the right part of the image for the composition. Mission accomplished by swinging this dummy (toy that he fetches) around in circles when he hit the right spot. He was mesmerised – sorted.

Now for the second part of the contest, my nominees. I have chosen people (more than 5!) who have images that spring to mind when I think about colour or specific colours in this competition.

This is a long shot! Trey is a busy man who takes lots of colourful images. An HDR master, he has managed to clock up 3,049,769 followers on google+. How on earth he manages to respond to messages and comment on peoples work is remarkable but he does it. A digital marketing front runner. Now, I think he could put together a really interesting entry, but will he have the time?

One of Thomas Hawk’s ambitions is to  publish a library of 1,000,000 finished, processed photographs before he dies. He is certainly prolific whilst still retaining a sense of uniqueness and style. He too has a humongus following on G+ 3,026,659. Think  – Neon city lights and energy.

One of the first images that sprang to mind for the colour red wasn’t mine but Kevin’s.

I thought of the one of  Imogen Heap on her bike. If he can make the time to enter, amidst all of his jet setting, I’d like to see his entry.

Anthony has an eye for colour, I remember many of his images being really strong colours dominating the scene.

Some of his documentary images would make good entries too. I’m sure he’d be up to the challenge.

Colleen has a wonderful sense of colour that clearly comes out in her work.

I’m sure she’d have lots of  suitable and stunning images. Expect subtlety and loveliness.

He could do this standing on his head.

Want to join the discussion?
Feel free to contribute!

This site uses Akismet to reduce spam. Learn how your comment data is processed.